Wooden boats are important marine vehicles which are used by people who live along the coastal areas. They use them to go to work, buy things in towns, or travel from one village to another.

In Manokwari and Raja Ampat where small wooden boats are used to bring tourists from one snorkeling spots to another, the owners often add used tires, or wooden ladders. After swimming and snorkeling at a coral reef site, tourists can climb on a ladder to get into the boat. 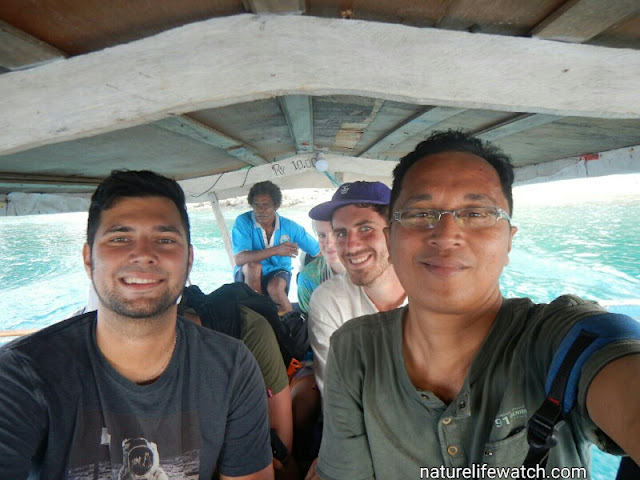 A small wooden boat is made from a big log. It is dug out to create space for its buoyancy and for goods and people that a boat will carry. Sometimes this kind of traditional boat is enlarged by adding side walls. The raised walls will provide more buoyancy and increase its carrying capacity.

Most wooden boats that function as water taxis have got roof and are powered by a 15 or 25 horsepower Yamaha outboard engines. Bigger water taxi boat may use a 40 hp engine. There are other manufacturers such as Honda, Evinrude, and Yanmar. However, Yamaha still dominates the market in West Papua and perhaps in the whole coastal regions of Indonesia. Boat owners will choose engines whose spare parts are readily available. Water taxi boats must turn on their lights when they operate at night to avoid collisions with other boats.

On land, electric vehicles are gaining popularity especially in China, Europe and the United States. It will take time for electric marine engines to replace the internal combustion engine in Indonesia. It will be a good trend because people will be able to reduce CO2 emissions if they use electric engines whose batteries are recharged by solar power. This is written by Charles Roring.