Last week I went snorkeling at Pasir Putih beach of Manokwari city. I wore a pair of snorkeling mask that I had used for around two years. Pasir Putih means white sand. The beach has been the most favorite recreational area in this city for years. Unfortunately, the beach goers who frequently visit the beach on weekends do not pay attention to the cleanliness of the environment. While I was snorkeling around the waters of the beach I could see a lot of plastic bags, and bottles at the bottom of the sea. A lot of fish die after eating that wastes. They sank into the sea after being filled with sand and water. I used to see a program in NHK about an industrial exhibition in Thailand. Some manufacturers presented bio-degradable plastic products that are made from plant fiber such as cassava. I hope that more manufacturers will increase the use of this material to protect our environment. 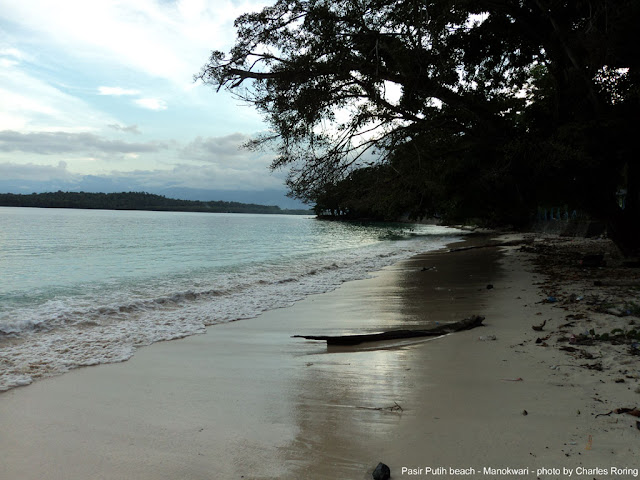 At the depth of around 5 meters, I saw two anemones, one was empty whereas the other was occupied by two clown fish. I like the fish and descended to them trying to see them in closer distance. The bigger fish, perhaps the male one, chased me trying to show that it is his territory. I did not bring underwater camera at the time so I cannot show you how beautiful these fish were. 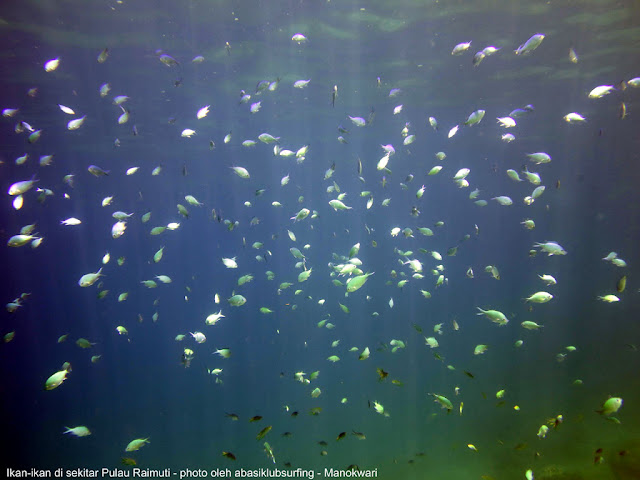 The following photograph was not from the Pasir Putih beach but Raimuti island. The coral reef in Raimuti is still in good condition because it is located outside the city. Today the land area on the mainland near the island is undergoing rapid development. It will cause damage to the coral reef if the wastes in the area are not properly handled. 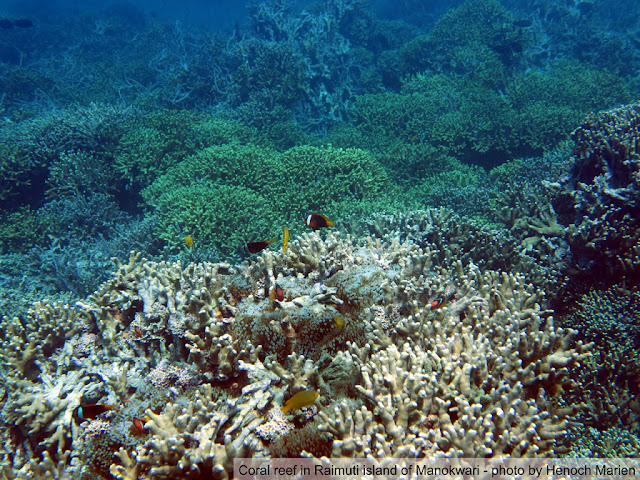 The wastes that are thrown by the citizens of Manokwari in the streets will flow into the sea during rainy days. The situation is getting worse with the increasing number of cargo and passenger ships that make Manokwari as their port of calls. The dumping of wastes into the sea has to be stopped at the very moment to prevent more destruction to marine environment in Dorey bay of Manokwari that support the livelihood of most of the fishermen who live in the coastal areas of the city. With proper social campaigns and dialogues on mass media, I believe that we can ask the city dwellers of Manokwari to stop the marine pollution.
If we do not act right now, it will be too light to save the reef five or ten years from now. by Charles Roring
at April 24, 2021