WEST PAPUAN VILLAGES DO NOT HAVE GOOD ACCESS ON ELECTRICITY 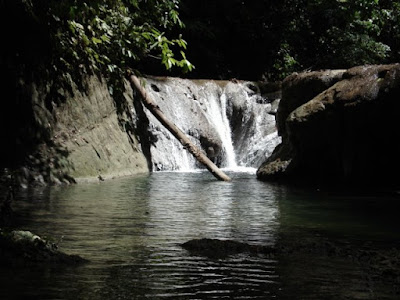 Sairo, a small village which is located in the northern coast of West Papua, can be reached within 15 minutes drive from Manokwari. Like many other West Papuan villages, Sairo doesn't have electricity. It has a number of water falls that can be utilized to generate electricity but the locals do not have the know how to do it.
I surveyed the waterfalls last year. The highest one was around one or two kilometers walking from the village. In the past, the village was called Pami. Then, it was split into several small villages. I only remember Sairo.
After doing the survey and making the calculation on the potential energy and the amount of electricity which we can generate from the waterfall, I gave the proposal to my friend so that he could send it to any organizations abroad to obtain funding.
We waited for one year but we did not get any answers. At the end of 2007, workers from PLN (the only state owned electrical company) installed cables, switch and lamp sockets in every house in those villages promising the villagers that they would enjoy electricity before Christmas. They could not fulfill their promise.
Yesterday, my sister who works for TV Manokwari visited one of the villages. She and her friend Moni asked about the story of the wiring installation. The villagers showed their disappointment in front of the camera. After taking films and interviewing the villagers, she went on to the PLN office to meet the one of the staffs who was responsible for public relation desk. The man had just been installed in his position and refused filming. He was afraid of being shown on the TV screen. He promised to visit the village with my sister to find more information about this case.
If villages near the capital city of the province cannot get electricity then you can easily guess the condition of other villages which are located in the mountainous regions.
West Papua is rich in natural resource including oil and gas but most of the villages there cannot enjoy that abundant resource. They have numerous big and small rivers, waterfalls which can be utilized to generate electricity. What we can do to help the local West Papuan is to provide special training on renewable energy especially on how to generate electricity using micro-hydro technology. Anybody who are willing to help can contact me anytime as I am also studying this technology. I have known the theories but I am lack of practical experiences. by Charles Roring
at July 18, 2020