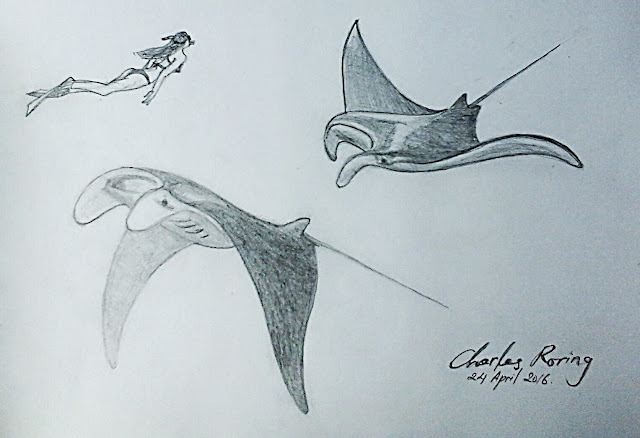 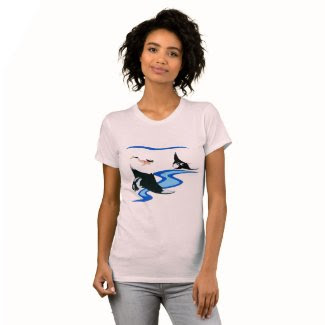 Today, most people travel to distant places by airplanes. I live in a region where there are a lot of islands. So, I prefer to visit the islands by ship or boat. When I walk along the outer aisle of the main deck I seldom see dolphins. They swim in groups. Passengers are happy when they see the fish jumping or swimming very close to the bow of the ship. Dolphins like to "escort" fast moving ship.
I used to see dolphins at surf spot in Cape Bakaro of Manokwari city. They are still considered as the best wavesurfers compared to human. 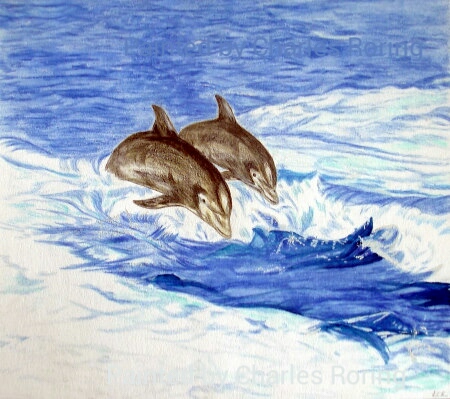 Because I like drawing, I consider dolphins as a good inspiration for my artwork. To make the drawing, I first make a sketch using a graphite pencil. After that, I color it using Derwent Watercolour Pencils.
Now the drawing is available online as printed artworks on various zazzle products from iPhone and iPad Dolphin cases to high quality canvas print which you could see below: 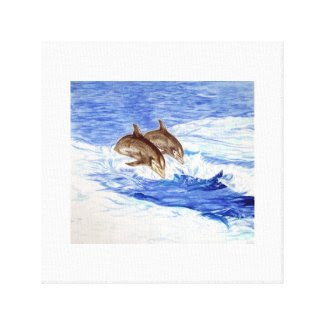 Two Dolphins in the Open Sea Canvas Print by tropicalart

In my previous post, I said that whaleshark watching has become a popular tourist attraction. As a tourist guide I can give some information about where to go to see whaleshark. There are to sites in West Papua where you can see or swim with whaleshark. The famous one is in Cendrawasih bay whereas the second on is in Triton bay. Both area located in West Papua. So, if you have time and money, you can fly to Jakarta city (the capital of Indonesia) and then by domestic airline go to Nabire where you can continue your trip to Kwatisore to swim with whaleshark.

If you have already seen it and need a souvenir or gift, I can recommend some products that are printed with whaleshark illustration. I created that illustration using inkscape and uploaded the file into zazzle online store. Now you can buy it printed on various products from t-shirts to iphone cases. Here is the link: whaleshark watching.
To give you an idea of how it will look like when you buy it printed on t-shirt, please, have a look at the following picture:

I hope that you will be interested in buying the tank top or other products with the same vector graphic.
at April 24, 2016 No comments: 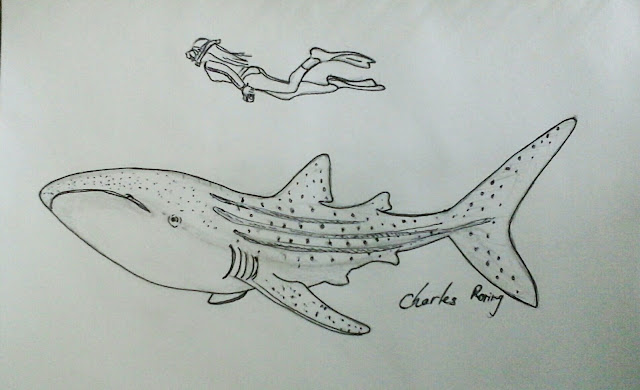 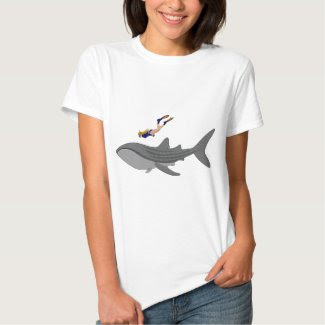 
Manokwari as Birding Destination
As a birding tour destination, Manokwari has got several areas that are suitable for birdwatching:Manokwari regency has been famous as the most important birdwatching destination in New Guinea island. As the largest tropical island in the world, New Guinea is divided into 2 territory. The eastern region is the independent state of Papua New Guinea and the western one is the territory of Indonesia called West Papua. There are 2 provinces in West Papua, i.e. Papua (with the capital of Jayapura) and Papua Barat (with Manokwari as its capital).
The Lowland Forest
This is the forest area which is the natural habitat of Sulphur Crested Cockatoo, Blyth's hornbill, Western Crowned Pigeon, Rainbow Lorikeet, Pesquet Parrot (which is very difficult to find), Friarbird, Beautiful Fruit Dove and the famous Lesser Birds of Paradise. Azure Kingfisher, King Birds of Paradise, Paradise Riflebird, Spangled Drongo, Eclectus Parrot and a lot more.

The Lower Montane Forest of the mountains has got birds whose species are similar to the ones in low flat land area.
As a tourist guide, I could arrange a trekking tour in the jungle of Manokwari regency. During the tour, visitors will be able to stay in the jungle for several days to watch not only birds but also other wild animals such as cuscus possum and colorful butterflies.
Birding Gear
Most birdwatchers need a pair of binoculars to see birds. To enhance birding experience, I will also bring a spotting scope and a field guide entitled Birds of New Guinea written by Bruce Beehler and his friends. A D-SLR camera with telephoto lens will be a useful device particularly for taking pictures of birds in distant branch of a tree. Today, Nikon has manufactured a bridge camera with the highest optical zoom 83x. Its type is Nikon Coolpix P900. Because the birding activity will be done in tropical jungle, I will bring dome tents.
Snorkeling Tour
In addition to jungle tour, I can also organize a snorkeling tour for you if you want to see coral reef and tropical fish that live in Manokwari waters. Based on my personal observation, there are a lot of of species of fish that can be seen. Some of them are striped surgeon fish, trevally, damselfish, moorish idol, parrotfish, grouper, and anemonefish. 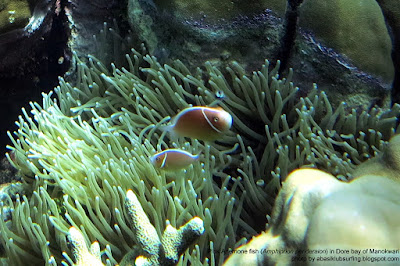 How to get there?

Before the Covid-19 pandemic hit Indonesia, I used to go freediving at Warduwer beach of Waigeo island. My aim was to take pictures of fish,... 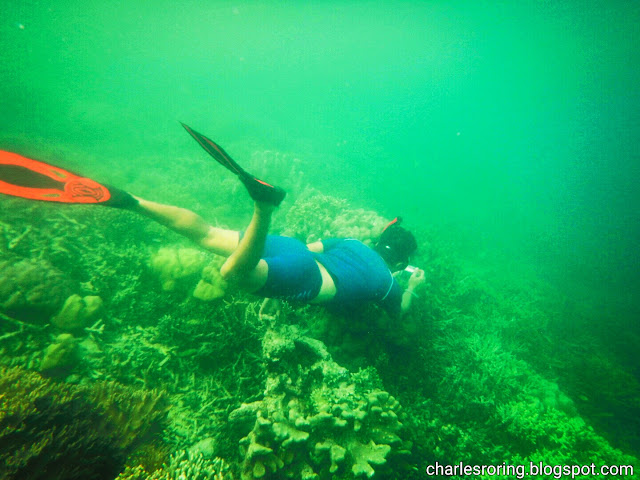